Residing in the Philippines at the onset of World War II, Cindy’s family was swept into a whirlwind of danger when the war erupted. Cindy and her twin brother Hank were babies when they, along with their young grandmother Annie, were interned for over three years in the infamous Santo Tomás POW camp in Manila. Cindy’s book Annie’s War is based on their true story, told from Annie’s perspective.

After the war, Cindy and her brother settled with their grandmother in Denver, Colorado. They were raised by Annie and the extended family, who welcomed them openly and generously into their hearts and lives. This above all else saved Cindy, giving her a semblance of normalcy from the chaotic and brutal years of her infancy.

Cindy received a B.A. from the University of Denver and an M.A. in Psychology from California State University at Northridge. She is the author of Keeping House: a lexicon of household management tips in an elegant and tabulated form, published by Ryland Peters & Small, and Una Casa Perfetta, published by Luxury Books in Italy.

In addition to being an author and screenwriter, Cindy is a connoisseur of the arts. She has created and designed a number of beautiful homes throughout the southern California area. Her early years spent in a Japanese POW camp, undergoing hardship and extreme deprivation, spawned an appreciation for beauty and orderliness throughout her life; a premier need that has remained with her through struggles and plenty, as a single mother as well as a socially engaged wife with enormous responsibilities. 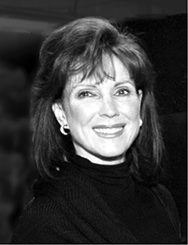